Bravo Company's BCM GUNFIGHTER KAG-1913 Kinesthetic Angled Grip, Picatinny 1913 Rail Version, is the end result of collaboration between BCM and Travis Haley, founder of Haley Strategic Partners and inventor of multiple weapons manipulation enhancements in the firearms industry. Designed to complement modern shooting grips, the Kinesthetic Angled Grip (KAG) uses a biomechanically efficient forward rake to create an interface for positive retention and joint relief to the wrist, elbow, and shoulder, allowing for smooth weapon manipulation without substantial increase to the girth of the weapon system. Textured on both front and back, the profile of the KAG creates a channel for consistent and positive engagement which translates directly into improved efficiency in weapons manipulation and target to target transitions. The new Patent Pending BCM Direct Mount Picatinny 1913 interface system was developed to be the most rigid, light-weight, and cost effective system available for Vertical Pistol Grips and Hand Stop type accessories. BCM has developed a patent pending anchor system that not only secures to the mounting surface, but spreads the energy and force throughout the accessory. Conventional mounting systems can allow for an increased amount of shifting and flexing of the accessory. The BCM direct mount interface system reduces those issues and offers a more secure lockup, eliminating play in the mounting surface. 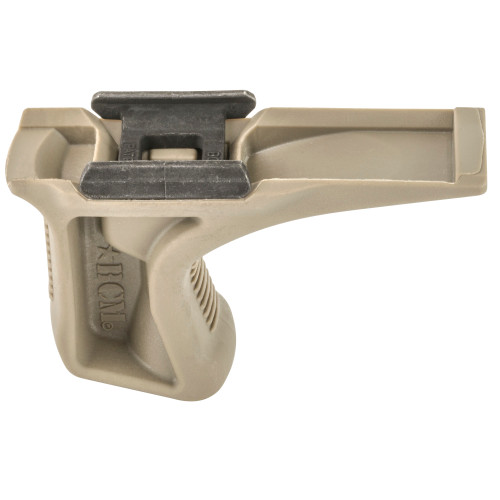